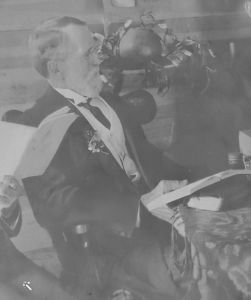 Jesse Green, brother of Basil Green, of Dayton, died at the latter’s home Sunday morning after a short illness. His home was in Florida and he had come a few weeks ago for a visit with his brother whom he had not seen for thirty years. He was 75 years old. The body was interred at Dayton. The funeral services were held at 1:30 o’clock Monday morning.1

Jesse Green, who came to Dayton from Sheridan about six weeks ago to reside with his brother, Basil Green, passed away Sunday morning at the latter’s farm. Death followed several weeks of ill health. The two Green brothers were brought together at the time of the arrival of Jesse Green from Florida and thirty years stretched across the expanse of time since their last meeting.

The funeral was held Monday afternoon at 1:30 o’clock and burial was in the Dayton Cemetery. Mr. Green was aged about 75 years and had resided in Florida nearly all his life.2 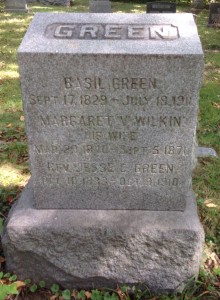