The early settlers of Dayton were subject to the fever and ague which prevailed to a large extent for a number of years. It was expected that every newcomer would necessarily have a siege of it to acclimate him. Jesse Green tells of how he became acclimated.

I will relate a little of my own experience in this line. It seemed to require more of the shaking up process to acclimate me than most others. I had it regularly every fall up to 1843 when I became so tired and disgusted with it that I concluded to try the remedy that my father experienced when moving to this country, and which proved successful in his case. I began to think that if cold water alone was a specific for that annoying complaint, we had plenty of it very convenient in a wool scouring box about six feet long, two and a half feet wide and three feet deep in the woolen factory. I had made up my mind to jump into this box of water a little before my chill came on, but being busy neglected it until I was shivering like an aspen leaf. I jumped in with my chill and with my clothes on, not caring very much whether it killed or cured. It came very near the former, as by the time I walked up home with wet clothing, I was shaking so badly that my wife thought I would shake down the old brick hotel where we were living at that time. I had a slight chill the next day, but have not had an attack of fever and ague since.

If you received this card in 1884, you were part of the new American practice of sending Christmas cards. The first Christmas card originated in England in 1843, but not until Louis Prang, a Boston lithographer, introduced them in 1875 did they become popular in America. By 1881 he was printing as many as 5 million cards a year. The earliest cards were simple flower designs with the words “Merry Christmas.” Later, the cards had more traditional holiday motifs and some were fringed with silk, as in the 1884 Prang card shown above. His cards used the new method of photolithography to produce the intense color and gradation that he was known for. This was a very labor-intensive process, and when cheap German cards flooded the market in the early 1890s Prang got out of the greeting card business rather than lower his standards. Perhaps you could have bought this card or others like it at the Dayton store, but if not, a good supply could be found in Ottawa at the millinery store of Mrs. Gregg, on Main street.

Cholera was an ever-present danger in the middle of the 19th century and the disease could strike swiftly and cruelly, as this newspaper article from 1854 shows. Aaron Daniels lived just across the Fox river from Dayton and was related to members of the Green family.

While there has not, during the present season, been a single case of cholera in Ottawa, originating here, and our city has been unusually healthy, the disease has on several occasions broken out in some isolated families in our vicinity, like a fire in the night, consuming every thing before it. The last family that has suffered from its terrible visitation is that of Mr. AARON DANIELS, a respectable farmer, residing about three miles north of Ottawa, east of Fox River. The disease first made its appearance in his family on Friday of last week, and up to last Thursday morning six of its members has fallen victims to the ruthless scourge, as follows:

The family of Mr. Daniels being largely connected in the neighborhood, a number of persons—friends and relatives—visited and remained at the house during their affliction, nearly all of whom have since been taken with the disease, and in many instances, with fatal results, as the following melancholy list of the dead will show.

On Monday evening Geo. Head, son of Thomas Head, aged about 18 years.
Same day Louisa Parker, child of Mrs. Parker, daughter of Aaron Daniels—aged about 4 years.
On Tuesday morning, Mrs. B. Fleming, sister of Mrs. A. Daniels.
On Wednesday, Alvah Channel, living with A. Daniels—aged about 20.
On Sunday, Miss Kingsley, school teacher, lately from Mt. Palatine. She had been boarding in the family of Mr. Daniels until the cholera made its appearance, when she started for home, but was taken at Ottawa, where she died.
On Thursday, Mr. Garrett Galvin, who had assisted in burying the deceased members of the family of Mr. Daniels.

We hear of several others in the neighborhood who have taken the disease, but up to yesterday morning of no more deaths. All the persons taken thus far, we believe were at the house of Mr. Daniels, either calling or assisting there, during their affliction; and it is remarkable that the disease has spread in no families where there have been cases except that of Mr. Daniels. The only cause we have heard assigned for this fearful visitation is the fact that a few days before the disease made its appearance, Mrs. D. had used fresh pork in his family. This alone, although doubtless very unhealthy food at this season, is not believed to be of itself sufficient to account for the fatality ascribed to its use, except on the hypothesis that the pork had become tainted. Considering the extreme heat of the weather, this is not unlikely to have been the case, and although it may not have been perceptible, we are assured that the slightest taint will render such meat otherwise not unwholesome, as poisonous as strychnine.

The reports circulated in town that the family had suffered for want of attention, and that great difficulty had been found in obtaining assistance to bury the dead, &c., we know to be wholly untrue. The truth is, that during most of the time, too many persons were at the house. The family has many friends and relatives in the whole neighborhood, and frequently they gathered in so numerously that they were advised to keep away. Sufficient help was constantly at hand, and complaint on that score is neither made by Mr. D. nor, if made, would be just to his neighbors.1

If you were Christmas shopping in Dayton in 1875, you were reading the ads in the Ottawa Free Trader carefully. You might have chosen your Christmas gifts from any of these:

For the ladies: special attention is called to the new Florentine hat, which is a marvel of beauty and commands the admiration of all. Also, the “Vampire Queen”, trimmed beautifully by our new trimmer.

And of course, toys for the children!

Mr. Louis Hess, on Madison street, has bought the largest stock he ever had of fancy candies, for special use as ornaments for Christmas trees, such as fruits, toys, &c., &c.; also fancy cakes of all kinds, of which he always has a fine assortment, and will manufacture to order. And, by the way, as we need crackers with our oysters, it should be remembered that he manufactures all his crackers himself and his customers will hence be able to get them fresh every day. 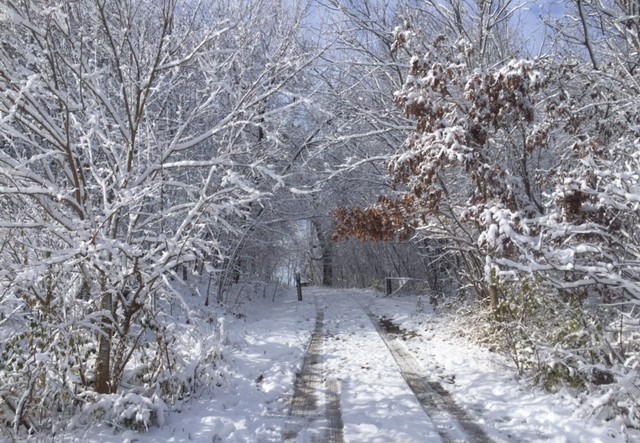