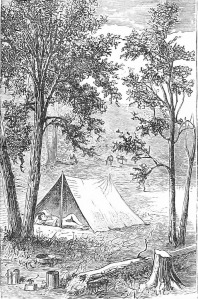 Our busy little neighbor, Dayton, besides becoming famous for her horse collars, woolen goods, tile and paper, is getting to be quite a popular summer resort. The stream of visitors during the few weeks since the fishing season opened must be enormous, for on every bright day at least the banks of the river are lined with people. As a sample of the size of parties: – Some 25 couples from Streator went up in a special car on Tuesday! Already the campers have begun to put in their appearance, and it is altogether likely that from this time until fall there will be no great diminution in the number of visitors. We should think the citizens would turn this flood of tourists to their advantage; and they certainly could make themselves vastly popular with the people of the Fox River Valley by lending their aid in the suppression of illegal seining in their waters.1 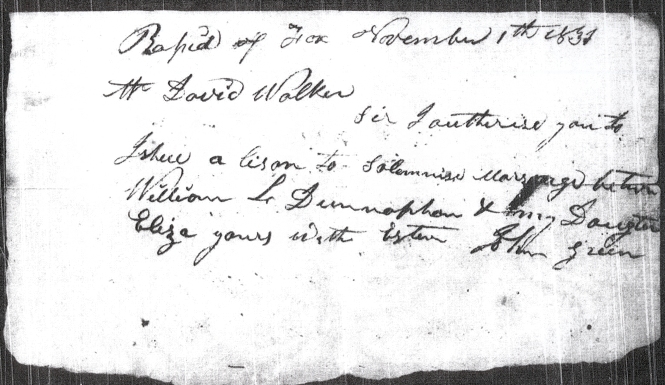 On November 6, 1831, John Green’s oldest daughter, Eliza, married William Lair Dunavan in La Salle county, Illinois. Five days earlier, Eliza’s father wrote his permission for her to marry, as she was only 17. At this time they were living on the east side of the Fox river, in Rutland township; Dayton was laid out on the west side only in 1837. Eliza and William lived on a farm in Rutland township, where they raised a family of nine children, Albert, Emma, John, Elizabeth, James, Rachel, Celestia, Jesse, and Noah. Celestia died in childhood, Rachel at age 11, and Jesse at 26, but the others all lived to at least 65 and Albert died at age 80.  In 1881, Eliza and William moved to Denton, Texas, where William died in 1889 and Eliza in 1896.

The celebrated Pennypacker horse collar was a specialty of the Fox River Horse Collar Manufacturing Co., which claimed that the general mechanical construction of this collar “has rendered it the best device of its kind known to the trade. It is so constructed that the draught is close to the horse’s neck instead of back on his shoulders, and thus an easy and comfortable fit is effected.” Their goods were widely known, from Pennsylvania, Ohio and Virginia on the east, to Kansas, Nebraska and Missouri on the west. They used about forty tons of rye straw yearly for filling horse-collars, and the hides of about 2,000 head of cattle were required yearly to supply them with leather. The Seamless Team Collar was a standard pattern, always on hand. They also advertised their willingness to make any grade or pattern to order on short notice. Their collars were for sale by any harness dealer in Ottawa and elsewhere. In 1883 the factory had a capacity of turning out 300 dozen collars per month, which were shipped throughout all of the western states and into many of the eastern states, and even, in 1886, to Sydney, Australia. 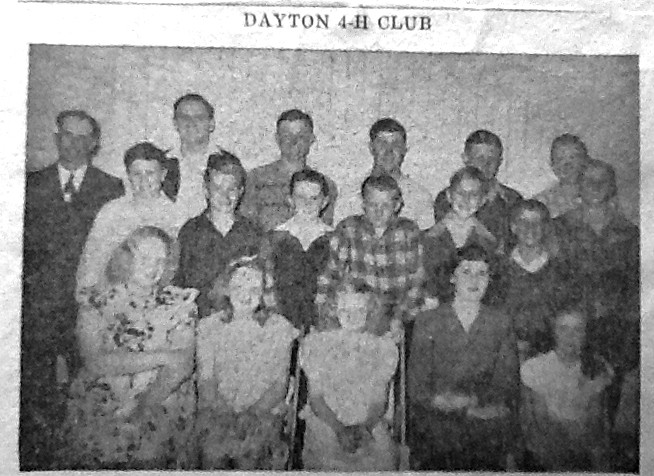 Thanks to a cousin, Ken Baker, who found this clipping in an old scrapbook.

Please leave comments below about anything you remember about this group, particularly when this might have been taken.