The Fox river at this point is frozen over.
Len Hubbell is spending this week in Chicago.
A. W. Ladd made a business trip to Aurora last week.
Charles Sheppler has been laid up for a few days with a lame back.
John Marshall of Serena made a business call here on Saturday.
George Galloway enjoyed his duck at his own fireside on Thanksgiving day.
Mr. and Mrs. Moore spent a couple of days last week with friends at Earlville.
The Mutual Protective League meets on Wednesday night at Woodman hall.
Miss Mary Coleman and Miss Mary Cloat spent Wednesday and Thursday at Streator.
John Hippard has joined the T., P., & C. W. brigade and is now one of their teamsters.
Miss Mary Dunn of Ottawa spent Sunday with the Misses Mary and Maggie Coleman.
Mrs. Edwards and daughter, Mamie, of Ottawa spent Monday at Mr. and Mrs. James Timmons.
Mr. Isaac Green and family were guests of Mr. and Mrs. O. W. Trumbo on Thanksgiving day.
Mrs. John Channel and A. W. Ladd were visiting Mr. and Mrs. Beik’s at Ottawa on the 28th.
Corn husking is nearly over in the corn fields, but has just commenced at the fireside in the store.
Miss Jennie Barnes starts for Joliet in a few days to spend the winter with her sister, Mrs. Winn Green.
Mrs. Marguerite Mills and Mrs. Brown of South Ottawa spent Friday with Mrs. George Galloway.
One hundred and fifty bushels of corn were sold here on Monday for sixty cents per bushel, cash.
John Green and son, Percival, former residents here for many years, spent Sunday with friends here.
Mrs. John Gibson and son, Fred, left for Chicago on Tuesday, where they will make their home for the present.
Roy McBrearty, operator for the Q. at Denrock, spent Thanksgiving with his parents, Mr. and Mrs. J. McBrearty.
Mr. and Mrs. George La Pere dined with Mrs. La Pere’s parents, Mr. and Mrs. William Lohr, on Thanksgiving day.
Mr. and Mrs. Ed McClary spent Thanksgiving with Mr. E. H. Pederson and wife, deputy U. S. marshal at Yorkville.
Miss Blanche McGrath and Miss Kate Hogan of Streator were guests of the Misses Colman on Thanksgiving day.
The ticket winning the watch at the raffle on Saturday night was No. 31, and was held by Joseph Futterer of Ottawa.
William and Walter Breese and Lowell Hoxie and wife of Aurora spent Thanksgiving with Mr. and Mrs. John Breese.
John Campbell, feeder watchman at Dayton, has tendered his resignation, the same going into effect December 1st, 1901.
The Woodman Lodge will elect their officers on Tuesday night, December 10th, at 7:30, at their hall. A large attendance is expected.
On account of the scarcity of water in the feeder the electric plant was compelled to shut down on several occasions the last few days.
Bert Edwards, who has been employed as teamster for George Green, has gone to Streator, which city he expects to make his future home.
William Collamore, Jr., of Ottawa and Miss Olson of near Morris, gave Thanksgiving at the home of William Collamore, Sr., and wife, on the 28th.
Mrs. Ed Vernon and two children left for Somonauk on Saturday morning, where she will be the guest of Mr. and Mrs. Joseph Colb for a few days.
John Cisco of Ottawa is now acting as feeder watchman until the successor of John Campbell, resigned, is appointed.
W. Wheeler and R. Doran left here for Chicago on Wednesday morning where they will visit the fat stock show and will remain until Saturday.
Wilmot Van Etten, agent for the Q. at Batavia, with his wife and three sons, Clare, Walcott and Frank, dined with Mr. and Mrs. O. W. Trumbo on Thanksgiving day, returning on the afternoon train for Batavia.1

Our modes of farming and the implements we used would of itself constitute a theme for hours of description. I will pass them briefly as I have already taken up too much time. Seven yoke of cattle strung out in front of a bar-share plow with long raking wooden mould board with one man to govern the plow and another to drive the team did well in turning over two acres per day.

In crop plowing the second year we used what was termed the Carey plow. It was similar in construction to the prairie plow with wooden mould board and coulter, but instead of cutting the sod and turning it topsy turvy as that manufactures by our friend T. D. Brewster does, it simply pushed it aside and left the soil in splendid condition for the growth of weeds. Our stirring and corn plows were of similar construction, fine implements for the cultivation of weeds. He who would have told us that a plow could be made that would scour in loose soil would have been deemed “soft in the head.”

A paddle to remove the dirt from the mould board was deemed as essential as the plow itself. These plows gave way to cast iron mould boards for stirring plows, and the shovel plow for tilling the corn. These in turn have given place to the more modern improvements until these of the present day, when gang plows for cultivating have reduced the labor almost into a pastime.

Our hoes were of monstrous size and ponderous weight, with the handle thrust  into a massive eye. They bore about the same relation to the steel-shanked and polished hoe of today that the stone ax of the Indians bears to that made by the Perkins Brothers or Underhill.

We harvested our grain with the sickle or cradle and our hay with the scythe. Our threshing machines were the flail or the more speedy but less cleanly mode of tramping it out with horses. The latter was the general mode, but for buckwheat it would not work, because the horses’ feet ground it as well as threshed it. The Messrs. McCormick, Manny, Ball, Esterly and other manufacturers of farm implements had not yet put in their appearance. Harvesters, mowers, threshers, shellers, horse-rakes and forks, did not even have a name, much less a habitation, in those days; yet we thought ourselves well advanced in the arts and sciences, and criticized our predecessors for their lack of knowledge. If the same ratio of improvement in the discovery and manufacture of farm implements be made during the coming half century that has been made during the past, who is there here to-day will dare predict the result? 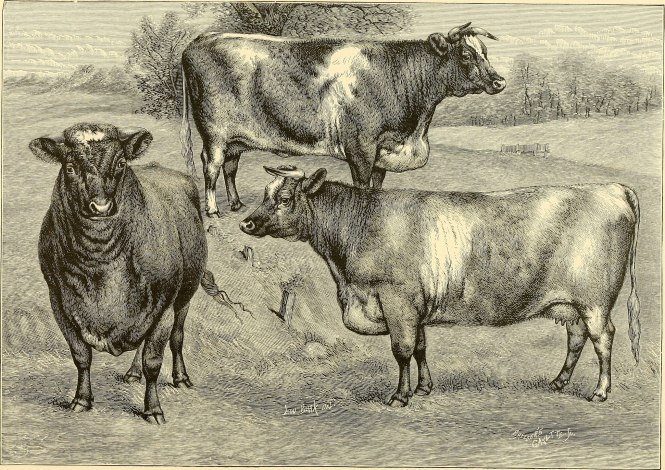 Executors’ sale: Notice is hereby given, that on Thursday, the 22d day of October next, between the hours of 10 o’clock in the forenoon and 5 o’clock in the afternoon of said day, at the late residence of John Green, deceased, the personal property of said decedent will be sold, consisting of twenty thoroughbred short-horn cows and heifers, five thoroughbred short-horn bulls, and twenty-five high-grade cows, steers and heifers.

Terms of Sale. – Purchases of less than five dollars to be paid in hand; for that amount and over, on a credit of nine months, the purchaser giving note with approved security, without interest if paid at maturity, otherwise, bearing interest at the rate of ten per cent. per annum. 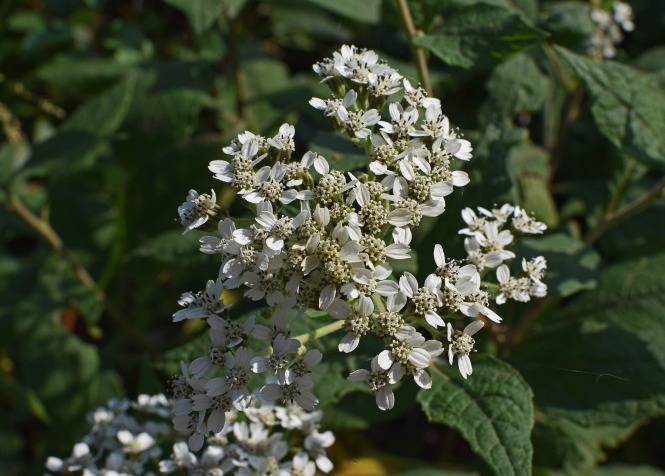 Our worst enemy and severest affliction was ague and fever. None escaped it, or if so the exceptions were few indeed.

Nor is it to be wondered at, for no attention was given nor effort made to obtain pure water. Holes were sunk at the edges of the sloughs, which were filled with surface water, covered with a blue scum, and during hot weather teeming with animalculae. We called them wigglers, and since it has been asserted that blue glass is a great invigorator in the growth of vegetable matter we have been inclined to believe that blue scum is equally potent in developing wigglers into mosquitoes and tadpoles into frogs and that as an ague producer the blue scummed water was a perfect success.

We neither had any physicians or medicines except on the botanical principle. Our quinine was boneset or wauhoo, the very thoughts of which make us shudder even now. When the ague came it manifested great staying qualities. Six weeks of daily shakes were not uncommon. Whole families were afflicted with it at the same time, when the question as to which one was best able to carry water from the slough was difficult to solve.

We were frequently compelled to live in tents and sleep upon the ground for weeks and months before we could collect a sufficient force to raise our little cabins. Everybody was sick with the ague and unable to work. Our first buildings were log cabins, [This generality was not true of Dayton, which had a sawmill from the beginning.] generally with but one room, which must serve as kitchen, dining-room, sitting room, parlor and bed room.  In-door sparking was almost impossibility as Pa, Ma and all the mischievous brothers and sisters of your girl persisted in lying awake to listen to what you said and take notes of what you did.