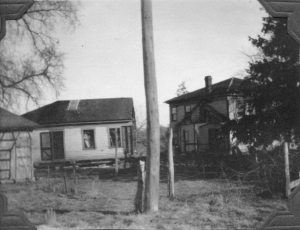 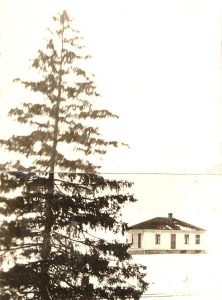 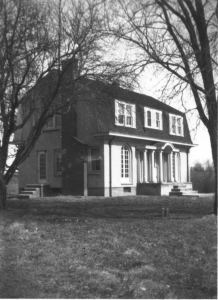 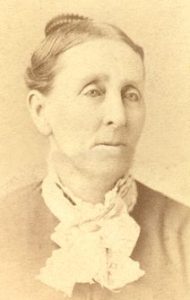 [John, Jesse, and Joseph Green had been away in the California gold fields since April of 1849. In January 1850, Rachael wrote to tell her brother Joseph all of the local news and to ask him for more frequent letters about their doings. Spelling and punctuation are as in the original. Explanatory comments appear in brackets.]

Dayton Ills Lasalle January 19th 1850
Dear Brother I am now going to give you all the news about home this winter we are all well we have enjoyed very good health since you left the friends generally are well there has been but two deaths amongst our relations this sumer Aunt Anna Grove [Anna Houser, wife of David Grove, died 8 Aug 1849] and little Byron [John Byron, son of Jesse & Isabella (Trumbo) Green] we reiceved letters from you all about two weeks ago it was a joyful time Christ Stickley is postmaster now he come hollering there is california letters before daylight we was glad to get a specimen of the gold it has to be showed to a great many as all are anxious too see what it was that took you away from your friends Elias Trumbo Jonathan and Tom all got your letter to them with the gold in it. we have had some ferstrate sleighing this winter and have improved it pretty well but we miss you every where but we have some cousins that are very kind to us Martha Green [probably the daughter of William and Sarah (Pitzer) Green] is spending the winter with us Rebecca and I were out to visit them this fall we stayed seven weeks we have cotillion parties at our house every saturday night per formance commences at six oclock and quits at ten we have verry pleasant parties there is some very nice smart folks living over in fords house they attend the parties Hites Boys have got to be good dancers Ben Hite lives with us this winter David [her brother, David Green] says Ben is his right hand man that foolish talk that there was last winter all stoped and every body thinks as much of him as any of the boys i guess i have told you enough about Ben this time when you write again tell us about all the freinds in california David was up to Mr Beams on new years day and read them all of our letters from you Beams have never got bot one letter from Jackson since he left home David sayed he was so glad that he almost jumped up and down tell Jackson he must do better after this when you write again tell us all about Dan Stadden his folks are verry ornary about him as they have not heard from him they are afraid he has left your company tell us whether John size ever got wits or not he was here about two weeks after you left and sayed he was bound to overtake you if he had to get a pack mule we are anxious to hear from all our freinds that have started to california Nancy Dunavan has got a young son [John, son of Joseph Albert & Nancy (Green) Dunavan]  and i want her to call him John Tray because i think he must be a good clever fellow there is a great many men in the world have taken the chance that he had to get gold last spring with you know, tell us whether he still holds out faith full Catharine has a young son and Isabella has a daughter she calls her Clara Olevia [Clara Isabella, daughter of Jesse & Isabella (Trumbo) Green] Joseph we had a party at our house a christ monday and new years day we spent at home verry plesantly Eliza [her sister, Eliza Green, wife of William Lair Dunavan] was here today her family are all and she sends her love to you all Mother send her love to you all and wishes you to return as soon as you feel satisfied Mrs George Turner died last thursday morning she had been sick all winter so she had to keep her bed Robert Turners folks still live here but the old man has gone to Ohio Ben has been on the illinois river hunting he killed fourteen deer in two weeks it is getting late i must stop and let Rebecca write som do write as often as possible Tell Father and Jesse they must write as we are verry anxious to hear from give my love to Father Jesse and my love yourself

When the Green party arrived in La Salle county in 1829, they had to be self-sufficient as far as food went. There was no McDonalds down the road, nor any grocery stores in the neighborhood. So what did they do for food? How did they provide for themselves?

To begin with, there was plenty of game: deer, turkey, prairie chicken (grouse), quail, squirrel, goose, duck, and fish. One highly specialized form of hunting was bee-hunting. A good bee-hunter could find and harvest 30 bee trees a season, yielding 50 gallons of honey and 60 pounds of beeswax.

Chickens were rarely eaten, as they were too valuable as egg producers. Only when they were too old to lay did they end up in the stewpot.

They didn’t bring pigs with them, as there were plenty of feral hogs in the woods, although hunting them was dangerous. Pigs, both wild and (later) domesticated) were the main source of pork, lard (both for shortening and for lamp fuel), and cracklings – those crispy bits that could be baked into bread. They ate mostly pork, usually cured. There was fresh meat in the late fall and early winter; otherwise the meat was salted or smoked to preserve it. Jesse Green tells of how his mother salted and smoked the breasts of hundreds of the prairie chicken which he and David killed.

They had plenty of fruit: mulberries, raspberries, wild strawberries, blackberries, crab apples, pawpaw, persimmons, wild cherries, wild grapes, wild plum, ramps, and may apples were common in Illinois, although probably not all of them were found right here.

There were many varieties of nuts: beech, chestnut, hickory, walnut, hazelnut. Most nuts were fed to hogs, not consumed by people.

There was no white sugar available, so food was sweetened with honey or the sap of the sugar maple, which was collected primarily to make sugar, not syrup.

They made a coffee substitute from parched corn, ground in a coffee mill, and made tea from sage or wild sassafras.

Within a few years of their arrival they would have been growing wheat, buckwheat, corn, sweet corn, pumpkin, beans, soybeans, potatoes, apples, and peaches. They would have planted herbs, both for cooking and for their medicinal uses. Lemon balm was good to relieve feverish colds or headache; thyme tea mixed with honey was good for a sore throat, coughs, or colds; lavender was good for headaches, fainting, and dizziness.

Most kitchens would have had a few large pots, some hand-hewn wooden bowls, a dipper made from a gourd.

Most dishes were either fried in lard or simmered/boiled in water. For slow-cooked dishes of beans, greens, potatoes and other thrifty ingredients, salt pork was used for flavoring. The staples were meat, cornbread, and cornmeal mush.

The time required to start a fire in the morning and get a meal cooked meant that there was one substantial meal a day, eaten at mid-day, with leftovers for supper. Breakfast would be mush or pancakes. Cooking would be done in the fireplace.

The major difficulty was storing up enough food to last through the winter. Cabbages, onion, and turnips could be stored for a time in the root cellar, but large quantities of cucumbers, cabbage, eggs, and pigs feet were pickled to preserve them. Fruit was dried or bottled in a thick syrup. Meat was smoked, dried, or salted. 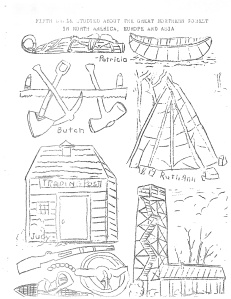 More tidbits of information from the school newspaper of January 24, 1955:

Allan Holm is leading in the number of library books read and reported on.

Before Christmas the first grade learned to write words pertaining to Christmas and made drawings to illustrate the words they had written. These were later combined into booklets.

On December 10, the Grammar room did square dancing. There were two sets of couples. A new dance was learned, a second worked on and an old favorite Pop Goes the Weasel enjoyed.

Patrols for December were Vernon Dale, Larry, Shirley and Sheila, and for January are Patty, Carol, Richard and Allan. The job of a patrol is a responsible one, helping in the prevention of accidents, training in good citizenship and sharing in the responsibility of a well-run school.

Every child in the [grammar] room had part in the annual painting of scenes upon the windows for the Christmas season. Sketching is done free-hand then color filled in. This has become traditional in the school. This year the primary and intermediate rooms also painted their windows in keeping with the holiday spirit.

The Dayton Grade School presented the annual program at the Club House on December 22. All the pupils took part. The sacred pageant was given by the grammar room assisted by the other rooms in chorus numbers. The pageant was “No Room in the Inn.” Santa Claus was there. Santa and the eighth grade pupils passed out candy and gifts.

On the 21st. of December parties were held in each room at the school. Films were shown, a student gift exchange was held and refreshments were served. The gift table was centered with a miniature Christmas tree and red candles. Each child received a gift. Cookies were brought for the grammar room refreshments by Eddie Peters, Sandra Leonard, Terrance Hiland and Shirley Harmon. The teachers presented Mrs. Mathews with a poinsetta plant at the party.

Mrs. Dean Ramsey and daughter, Norma, are staying at the home of Mr. and Mrs. Garrett Arwood. Norma is in the first grade, she formerly attended school in Pontiac.

Visitors in Dayton on January 16 included the Eugene Davis family of Maywood.

The home recently vacated by the Eirhart family is now occupied by the Grieves family. Larry and Marjorie are enrolled in the school.

The Pinske family have a new 21 inch Westinghouse television set.

December 18 –Red Letter Day! All pupils in the grammar room got 100 in spelling on the work of the 14th unit.