Mrs. Ellen Zinna Bennett, wife of George Bennett, died at her home in Dayton at 5 o’clock this morning, after an illness of three years’ duration.

Mrs. Bennett was born in Nebraska, October 26, 1855. The Bennett family made their home in Ottawa until about five years ago, when they moved to Dayton, where they have since resided. She is survived by her husband and four children.

The funeral will take place from the family home in Dayton at 2 o’clock tomorrow afternoon. Burial will be in the Dayton cemetery.1 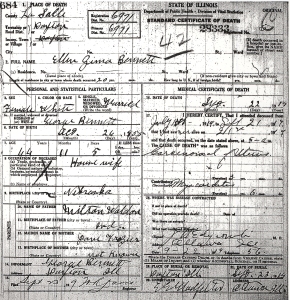 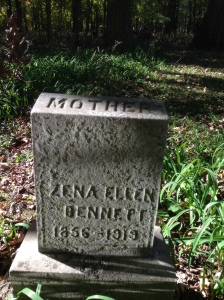