MRS. ALICE WARD DIES AT THE HOME OF MRS. ESMOND

Tentative plans call for funeral services to be conducted at 1:30 p. m. Wednesday at the Esmond home. Rev. C. W. McClelland of the First Presbyterian church of Ottawa will officiate. Burial will be in Dayton cemetery.

Mrs. Ward, whose maiden name was Alice Furr, was born in Manlius township September 29, 1862. She was united in marriage with Edward J. Ward, who died in 1931. Mr. and Mrs. Ward for many years lived in Dayton. 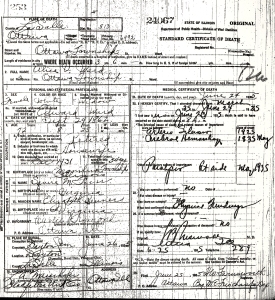 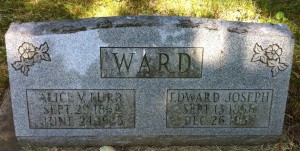