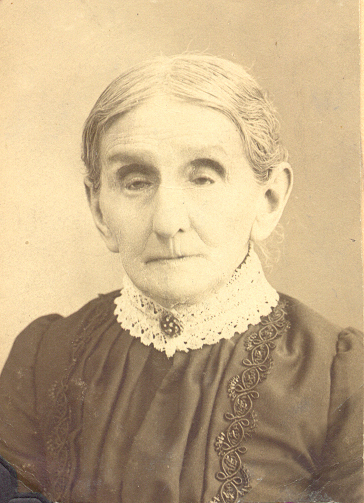 Mrs. Nancy Dunavan died on the 27th of February, 1905, at the home of her son, David Dunavan, near Hamilton, Mo. She was born on April 26, 1816, in Licking county, Ohio, coming to this state with her parents, John and Barbara Green, in 1829. They were pioneers of Dayton precinct. She was married to J. Albert Dunavan in 1834, and settled on a farm in Rutland township, which was at that time a part of Dayton precinct. They lived there for 55 years, until 1889, when they left there a few years later to live with their children at Hamilton, Mo. Her husband died in February, 1892. She leaves one sister, Mrs. O. W. Trumbo, of Dayton, and one brother, Jessie [sic] Green, of Ottawa. The only surviving members of a large family are two daughters, Mrs. Kate Brandon and Mrs. Jennie Howe, of Missouri, and five sons, Samuel Dunavan, of Adam, Ill., Isaac, of Minnesota, David, George and Lewis, of Missouri.1