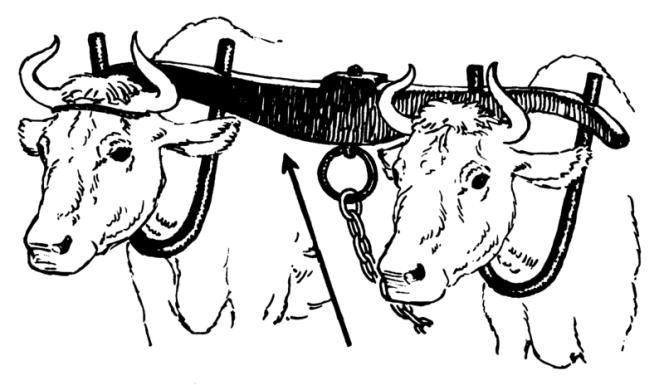 In this excerpt from Jesse Green’s memoir, he shows that on the frontier, a ten year old and a twelve year old were doing a man’s work.

Early in the spring of 1830 development of the water power was commenced by using the stumps from the timber from which the mill was being constructed. Economy was sought to a greater extent than it is at the present tine. The saw mill was built with sufficient room to put a pair of stones in one end of it to do our grinding until a better mill could be erected, having brought with us the necessary mill irons, black-smith tools etc. Whilst the men were getting out the timber for the mill and dam, which had to be built to intersect a small island, brother David and myself took the contract of scraping out the race or waterway for a distance of about a half mile (he being ten, and I twelve years old). We each had a pair of oxen and an old fashioned scraper. I sometimes had to help him load and dump his scraper and vice versa. We had the race completed by the time the mills were ready to draw their gates.