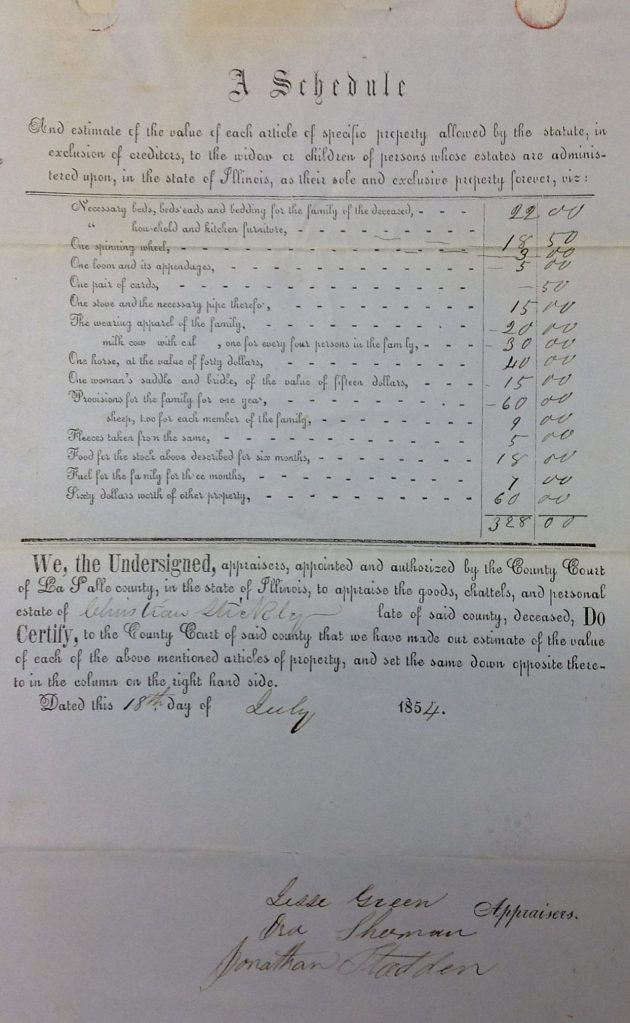 Christian Stickley died in Dayton on April 19, 1854, and is buried in the Dayton cemetery. His widow was entitled by law to certain items from the estate for the support of herself and her children. The inventory (shown above) lists the following items:

Necessary beds, bedsteads and bedding for the family of the deceased
Necessary household and kitchen furniture
One spinning wheel
One loom and its appendages
One pair of cards [for carding the wool before spinning]
One stove and the necessary pipe therefore
The wearing apparel of the family
milk cow with calf, one for every four persons in the family
One horse, at the value of forty dollars
One woman’s saddle and bridle, of the value of fifteen dollars
Provisions for the family for one year
sheep, two for each member of the family
Fleeces taken from the same
Food for the stock above described for six months
Fuel for the family for three months
Sixty dollars worth of other property

Left with small children, the widow, Esther (Morgan) Stickley remarried, to Aaron Daniels, on February 22, 1855, and he became the guardian for her children. Watch for a future post on the guardianship releases for sons Edward and Henry Stickley.