More description of the Dayton centennial from the Ottawa Republican-Times, September 16, 1929 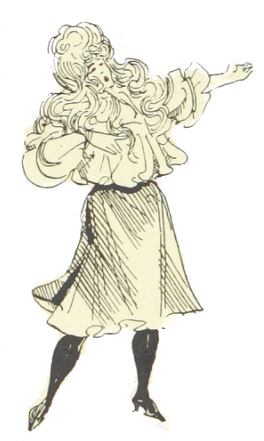 A song composed especially for the centennial by Edith Dunavan Hamilton, a great granddaughter of John Green was sung by Miss Isobel Brown at the afternoon program. The song follows:

“Sound of the axe-man’s stroke, creaking of ox-teams yoke, bravely the young wives smile ‘though danger lurks the while. Planting the cornfields, plowing for bounteous yields, braving the winter’s cold, we honor you, dear pioneers of old.

By the river gently flowing – Dayton, mellowed by the year’s swift going – Dayton. Through days of storm and strife, through years of peaceful life for those gone these many years, we pause to shed a tear, today we gather to honor your 100 years.”

Mementoes, relics and curios on exhibition at the celebration includes:

Display of arrow heads, owned by Elmer R. C. Eick, 420 Christie street, Ottawa, many of which were found in Dayton and Rutland townships; quilt made by the great, great  grandmother of Mrs. Verne Wilson; coverlet made in Virginia more than 75 years ago, the property of Mrs. Van Etten; shawl owned by Mrs. John Thompson, made by her mother, Mrs. Elizabeth Brumbach, 80 years ago; quilt made by the wife and daughters of Matthias Trumbo in 1850; straw plug hat and woman’s straw hat of the vintage of about 1800; picture of old school house on the site of the present elevator in Dayton; corn planter used by David Strawn in Livingston county, loaned by Mrs. Walter Strawn; trunk carried in a covered wagon across the plains to California by Joseph Green in 1849 and again in 1852; another trunk brought from Rockingham county, Virginia, by Matthias Trumbo; steelyards which belonged to the Hayes ancestors, sewing box, which belonged to Mary A. Boston, grandmother of G. R. Hayes of Wedron; English tea caddy loaned by Mrs. Wilcox; bedspread made by the mother of C. H. Tuttles, 65 years ago; old candle molds used by Mrs. David Strawn, loaned by Mrs. Walter Strawn; 17 year locusts gathered in 1933 by Mrs. John W. Reynolds of Dayton; piece of fancy work made by Mrs. Mary D. Bennett, 81 years ago; reproduction of Jeremiah Strawn’s lantern 100 years old, loaned by Mrs. Walter Strawn; pictures of John and Barbara Grove Green; vest worn by Mr. Hall when killed by the Indians in the Indian creek massacre in 1832; old cow bell used by David Strawn’s farm in Livingston county, loaned by Mrs. Walter Strawn; flint lock guns which belonged to Peter W. Ainsly and Tim Thompson, lantern and fork found in Wedron under C. E. Thompson’s house; mammoth tooth found near Norway in a gravel bed 30 feet underground; copper toed boots; charcoal iron belonging to Mrs. Sarah Thompson; horse pistol brought from Nebraska by Edman Thompson, half brother of George R. Hayes of Wedron; handcuffs plowed out on the old Ed. Brundage place by G. R. Hayes at Wedron; silk stovepipe hat made by Roussel in Paris and worn to the inaugural ball of President James Buchanan in 1856 by one of Rhoades family; a large map of La Salle county drawn in 1870 by M. H. Thompson and C. L. F. Thompson, showing Dayton as one of the towns of the county; pictures of the old Dayton woolen mills, collar factory and Green’s mill were shown on the map; coverlet brought from Virginia by Mrs. Frank DeBolt’s mother and one brought from Ohio by Mr. DeBolt’s mother; a black net and lace shawl owned by Mrs. Charles Hayward Reed; brown blanket made in the old mills and owned by Mrs. Cornelius Bogerd’s mother; hoop-skirts, dress, blouse and hat about 100 years old; linen, black silk and satin capes eighty years old belonging to Miss Catherine Rhoades; a spinet, 85 years old, and having twenty-nine keys and 30 inches in height; coverlet, more than 100 years old owned by David and Anna Grove and brought from Ohio; a dollman, made of English broadcloth, lined with figured silk and worn by Sidney Lowry; two woven baskets each more than 75 years of age; spiral hall tree 75 years old; sugar, and coffee scoops made of wood; spatula of wood used to remove pie plates from the old ovens; earthen bowls, pottery jugs and ladles used more than 75 years ago; a tardy bell and a call bell used at the old Waite school. which was taught at that time by Miss Susan Bailey of Ottawa. Miss Bailey taught the school when she was sixteen years of age. She is 91 years old now. There were two chairs on display, which were brought down the Ohio river to Memphis, Tenn., thence to Alton, to La Salle on the Illinois and then overland by a four-yoke ox team to the Old Fox River house at Ottawa. The chairs were the property of Miss Rhoade’s grandmother, Mrs. Sarah Collins Rhoades and were brought to Ottawa in 1843; bed quilts made in 1860; two Paisley shawls which had been in the Collins family for 75 years;  mourning shawls and hats which were loaned out at the time of funerals which were at least 65 years of age; a table of mahogany and a tidy which were wedding presents of Mrs. Catherine Rhoades in 1860.