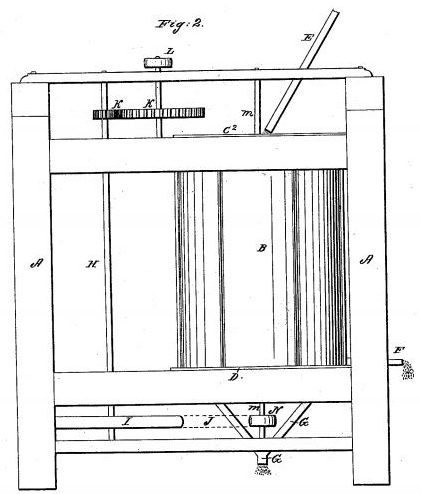 No one could accuse David Green of not being up-to-date. Left in charge of the Green businesses in Dayton while his father and brother went to California to seek gold, he refurbished the grist mill and installed a newly invented piece of machinery. In February of 1849, Frost & Monroe, a Michigan company, got a patent for a machine called a Bran Duster. By November of that year, one of these newfangled machines was installed in the mill at Dayton, as reported to the Prairie Farmer by one of its correspondents:

At Ottawa, on my return, I saw a machine, called a Bran Duster, patented by Messrs. Frost & Monroe, for the purpose of taking the flour out of bran after the latter has passed through the mill. It is said to gather five barrels of flour from the bran of a hundred. One is put up at Dayton, La Salle county. The cost I did not learn.1