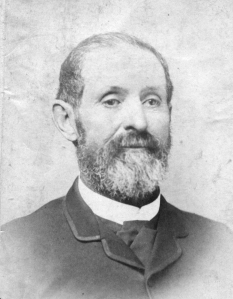 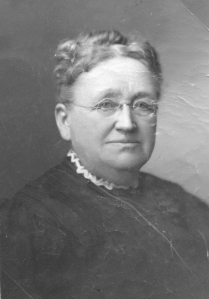 Mr. and Mrs. Moab Trumbo, two of Ottawa’s most venerable and highly respected old people, celebrated their golden wedding anniversary last Tuesday in a most inconspicuous manner. The day was passed without any celebration to mark the event. This was due to the recent bereavement visited upon the aged celebrants in the death of their son, the late Sheriff Frank Trumbo. Despite their desire to pass the day quietly, many neighbors called informally to pay their respects and many beautiful bouquets were sent Mr. and Mrs. Trumbo. Mr. Trumbo is eighty-two years of age and his wife is seventy-six. Both enjoy the best of health and chances are bright for them to add several more years to their long and happy marital career. Moab P. Trumbo and Rebecca Kagy were united in marriage in Rutland township, February 27, 1862. Shortly after their marriage they moved to Dayton, where they resided up to the time of their coming to Ottawa to live, a few years ago. Mrs. E. F. Bradford, wife of the present mayor, is the only surviving child.