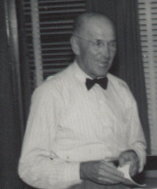 Alford Pliny Masters, 87, a former Ottawa resident, died early today at an Evanston hospital. He had been living the past year with his daughter, Dorothy Masters in Evanston.

Funeral services will be at 3 p. m. Sunday at the Gladfelter Chapel, with the Rev. C. W. McClelland officiating. Burial will be in the Dayton Cemetery.

Born May 9, 1874, in Bureau county, Mr. Masters was married to the former Barbara Green of Dayton Twp. She preceded him in death in June, 1960.

A retired grocer, he lived in Colorado Springs, Colo., before moving to Evanston.

He is survived by two daughters, Miss Masters of Evanston, and Mrs. Norman (Marjorie) Alters of Hawaii.1 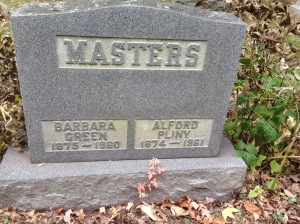